~~ Yesterday’s lunchtime was mostly spent trying not to gag on the aroma emanating from Dementia-ville. While I have no clue what was prepared, I’d compare it to a recipe where the contents of a crocodile’s stomach and a heap of habanero peppers were sautéed in sewer overflow.

~~ An aide took it upon herself to bring in our mail and take out the garbage. Neither is her responsibility, and while both actions seem helpful, they creeped me out as additional invasions of my privacy. My husband put a stop to it right away, but here I sit, feeling protective about a stack of junk mail and the contents of my trash bins. Sigh.

~~ Cars are my mortal enemies. They have harmed me in the past and now they are hell bent on making my life even more insufferable. In the time since I recounted my flat tire/stinky Uber driver tale https://real-lawyer.livejournal.com/562468.html — just over a month ago — my A/C has failed and the horn has honked its last. Another tire blew out on a very busy road so I awkwardly made my way to a library parking lot for refuge. Finally (to date), I was listening to a football game on the car radio, cheering and fist bumping the air as a local team lost on a last-second field goal. Said cheer rapidly died in my throat as the brake warning indicators lit up my dashboard, all red and menacing looking. Is all this karma for sports’ fans? Just more of my continuous bad luck, or merely unfortunate coincidences befalling a geriatric car? I don’t know, and while I am grateful that my spouse can repair or replace many of the damn auto’s shortcomings, I have seen my dreams come to resemble those of a 16-year-old or a game show contestant. Yes, visions of a new car swirl in my brain’s cortex as I slumber. Alas, I wake up, get in my real car, and mutter, “Not today, you devil. Not today.” 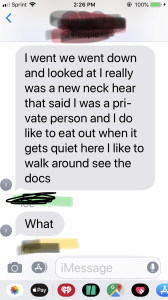 ~~ The man’s car was vandalized outside a Target store, so he calls 911. In recounting the story, he says, “I wait in the parking lot, sweaty from the humidity, for like 40-50 minutes. And you know who they finally send to investigate? Some lesbian Dick Tracy.” If I am not in line three people back of the two guys talking together, and if I could have thought of a meaningful and impactful thing to say, I would have shouted such words and walked out. Instead, I met the eyes of the woman ahead of me in line and nodded as she mouthed, “Giant jackass.”

~~ Seriously, Dollar Store? This display is for all seasons? 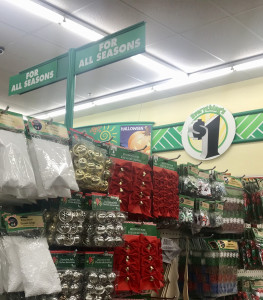 ~~ Just out of curiosity, if the cro-MAGAs are winning, why are they so angry all the time? 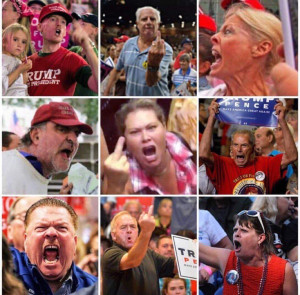 ~~ According to Melania Trump, rape must be a spectator sport to be real. According to the majority of the US Senate, rape never happens. Women who claim it does happen need help, are liars, or are paid instigators. Maybe all three in tRumplandia. 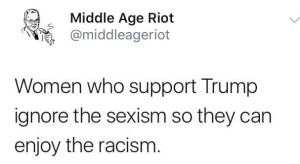 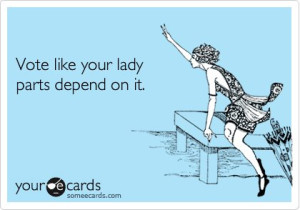 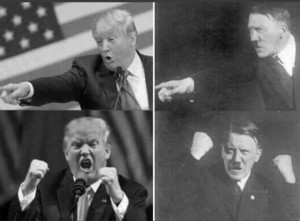 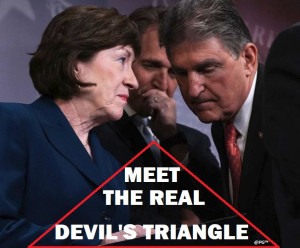 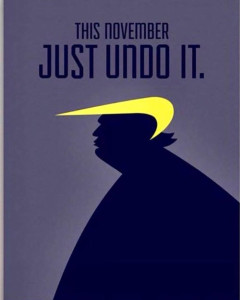 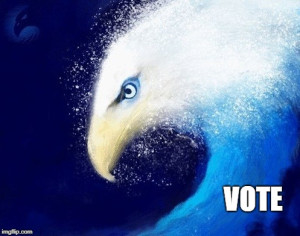