A
There’s an acrid smell wafting from Dementia-ville as I try to eat lunch. Whatever it started out to be, I’d guess it ended up as garbage.

C
The chattering in a foreign language that reaches its crescendo as I strain to compose a simple sentence. 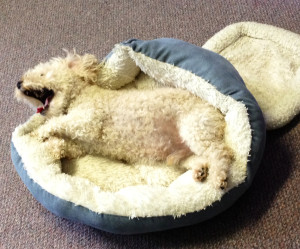 E
Melania tRump got a green card in the USA because she was “exceptional”?

H
Ha, ha Hope Hicks. The joke’s on you — we never believed that tRump was doing any work during “executive time,” despite your white lie.

I
If Hillary Clinton were president, the government wouldn’t be populated by the worst of the worst and all the least qualified. And the courts wouldn’t be packed with judges determined to put people of color back in their places and LGBTQ people back into their closets. 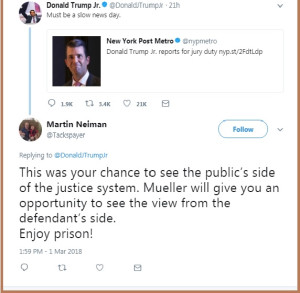 K
She actually said, “I know that the KKK endorsed tRump, but it’s ridiculous to equate my vote for him with my support of the clan.” Then she declared how she wouldn’t spend her money at Dick’s anymore in solidarity with the 2d amendment. Because Dicks will know her missing money is in support of the NRA, but the KKK mustn’t equate her vote with their beliefs? 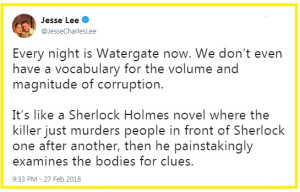 M
I thought two people were married, but it turns out that the woman was cheating on her husband with the dude I thought was her spouse.

N
Never believe someone who starts a sentence with, “In all honesty…” 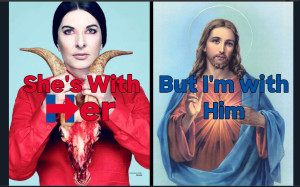 P
Here’s a snapshot of my new puppy: 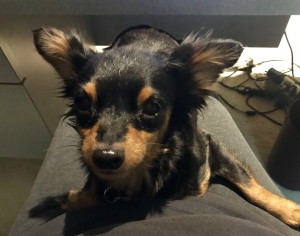 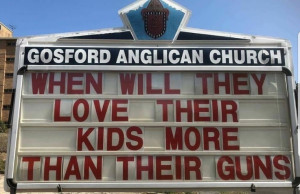 U
On the upside, the new issue of Boating Times Long Island is out! http://boatingtimesli.com/NY/

W
He: Ever had your wisdom teeth out?
Me: No.
He:  Let me tell you, it’s not fun. I’ve been in pain for days.
Me: Sorry.
He: Why? You didn’t make crappy mouths run in my family.

X
Here are some obscure words that start with X: http://phrontistery.info/x.html

Y
One of those words is xanthocomic, meaning yellow-haired. Cool, right?

Dasvidaniya. Have a good weekend!