~~ Wednesday was a very stressful day. But this provided comic relief: 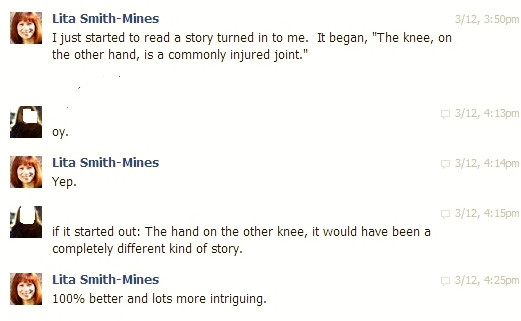 ~~ A meeting I attended recently was dominated by two egos. Yes, the egos were part of the people, but they weren’t actually tucked inside. These egos were nakedly exposed, pulsating and practically strutting about with swollen self-worth. They sucked the oxygen out of the room and the life out of me.

~~ I regularly go to a weekly 6:00 pm yoga class, but wasn’t able to make it. So I attended the 7:30 pm class, where I was greeted with a very quizzical look from the instructor, followed by an inquiry as to whether I was OK. I assured her that I was, and she explained how worried she’d been that I arrived for the 6:00 pm class, chatted with her, and then disappeared before the class got underway. Now I’m wondering whether I have some ethereal doppelganger. If I do, how do I get her to run some errands for me?

~~ The politician said, “legally-binding law” six times by my count. As opposed to what? Optional laws? Suggested laws? Occasional laws?

~~If you’re indecisive about whether you need health coverage, here’s a handy way to figure it out: 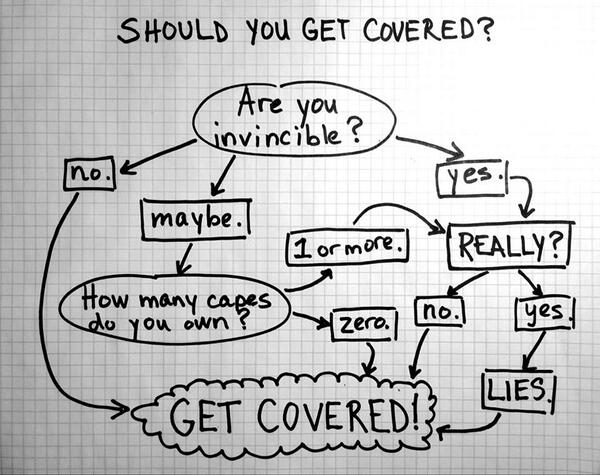 ~~ OK, if I have this right, Tea Baggers want to deny aid to Ukraine because they hate the foreign influence in the IMF (hello, “International” is in its name), but by diminishing US involvement, aren’t they strengthening the Russian position? And they are all bent out of shape by the POTUS “allowing” Russia to dive back into the Ukraine, but I don’t recall their outrage when W mostly looked the other way as Russia invaded Georgia. There must be something different now… I can’t quite put my finger on it… but I am sure that at some point it’ll become as plain to me as day and night or black and white.