~~ I was growing tired of listening to an otherwise nice woman complain how her house cleaner never shows up on time. “She’s supposed to be there at 1 but she shows up at 2… blah, blah, blah…”

So I said, “My house cleaner is worse. She stopped showing up in 2007 when I told her I could no longer pay her!”

~~I wonder if people grow into their names, or is it just a coincidence when someone resembles their moniker?  An attorney on the other side of the deal was repulsive in every sense of the word, and it just happens that his name is a synonym for repugnant. He doesn’t just give lawyers a bad name; he gives people in general a bad name.

~~According to conservative pundits, the FLOTUS demeaned the dignity of her office by appearing at the Oscars. I guess throwing out the first pitch at a ball game enhances a president’s stature? 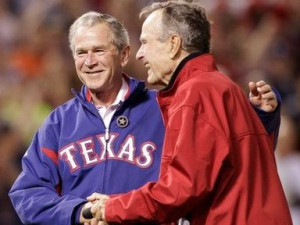 ~~According to e-mail from blog readers, I have again stayed off my soapbox for too long.  “With all the stuff going on in politics and undermining housing, where’s your 2 cents?” asked someone who regularly chimes in. I haven’t been figuratively jumping up and down on these pages lately, but that's because I'm tired. I’m tired of working non-stop for years as I watch the breakeven point move further away. I’m also tired of fighting the same fights against politicians sent back to office by voters who tolerate — even encourage— obstructionism, intolerance, homophobia, misogyny, and more. And I’m tired of playing games with everybody who wants to get over rather than get along.

~~ That being said, I do have some energy today, so let’s start with Yahoo bringing back to campus everyone who is caring for a child or an ill family member, and everyone who cannot afford to build an elaborate nursery next to their office, or pay for someone to meet the school bus. I don’t believe the CEO has a special responsibility to telecommuters in general because she’s a working parent, but how about expanding the corporate concern for caregivers? If the worker is productive, don’t rock the boat. After all, the stuff about ideas only flow at the office is not all about work ethics, my friends. It’s about getting employees to put in longer hours for the same pay; you can’t be seen leaving after your assigned work is done if the whole rest of the team is still in their cubicles. While you sit around and eat a sundae at the corporate parlor, you’ll also be available when the boss comes by and says, “I have an idea…”

~~ As for this sequester, we all saw it coming. The TeaOP would rather maim than concede, and the rest of our Congressional representatives would rather bicker than bend. Damn the fragile feelers of consumer confidence, right? Let’s just advance personal and party agendas on the taxpayers’ dime.