~~My profession cracks me up (when its practitioners aren’t infuriating me).  An attorney just referred to “alleged termites.” They either are termites, or they aren’t, right?

~~My friend’s (very Greek) mother unintentionally acted out part of “My Big Fat Greek Wedding” when I visited her in the hospital. “You’re a vegan? But you’ll eat lamb, right?”

~~At a recent seminar, a colleague sneered as he said, “It was witnessed by a Texas notary.” Two minutes later, he expressed dismay that attorneys in NYC look down their noses at the lawyers who practice in our suburban county!

~~This blurb in the NY Times shows there’s no bottom to how low humankind will sink: “The United States has cut off financing for a $20 million project to develop a Pakistani version of ‘Sesame Street’ in response to accusations of corruption within the local puppet theater working on the initiative.”

~~Allow me a moment to pile onto all that has been said and written about Johan Santana’s no-hitter last week. I waited for that day to arrive, my attitude alternating over the years between patient, philosophical, and prickly. A part of me was starting to believe that it was never fated to happen.  Then it started to unfold as I was working late and listening on the radio.  It began to register, first in my brain and then in my lungs. My breathing became shallower and I made myself almost dizzy refusing to exhale until the half-inning ended in the sixth, seventh, and eighth innings.  By the time the ninth arrive, I was winded and on edge.

My son was watching on the TV, and his action was a good 15-20 seconds behind mine on the radio. He could hear me cajoling, begging, bargaining, and screaming ̶ all in a positive way ̶ well before any plays developed or outs were made in front of him.  He knew better than to move from his position, and I certainly didn’t move from mine. 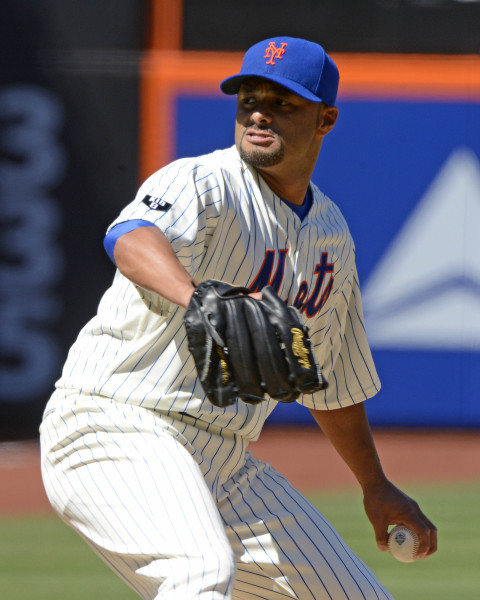 When Howie Rose made the radio call ̶ and I was certain that the dream had become reality ̶ I started to scream and hyperventilate (I was 90% of the way there, anyway). I shrieked, yelped, and was probably bawling, all simultaneously, and when my daughter called, I couldn’t stop screeching or catch my breath. I didn’t know how I’d handle a no-hitter if it ever happened, but now I do. I was breathless and deliriously happy, and I’m ready to do it again!

Have a great weekend!